German-American Day is a holiday in the United States, observed annually on October 6. The holiday, which celebrates German American heritage, commemorates the date in 1683 when 13 German families from Krefeld, near the Rhine, landed in Philadelphia. These families subsequently founded Germantown, Pennsylvania, the first German settlement in the original thirteen American colonies, and organized the first petition in the English colonies to abolish slavery in 1688. Originally known under the rubric of “German Day”, the holiday was celebrated for the first time in Philadelphia in 1883, on the occasion of the 200th anniversary of the arrival of the settlers from Krefeld; and similar celebrations developed later in other parts of the country. The custom died out during World War I as a result of the anti-German sentiment that prevailed at the time. The holiday was revived in 1983. 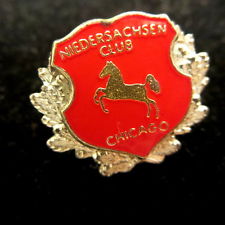