The Egerländer Dancegroup was established in 1975 by the Egerländer and Sudetengemeinschaft Chicago, as a Not for Profit Dancegroup. The group was designed to keep traditional folkdances from the southeast part of Germany alive. Our goal is to perform these dances for both German and American audiences, as well as to instill a sense of unity within the German-American community in and around Chicago and the Midwest.

Our Dancegroup proudly performs year-round at ethnic festivals, Oktoberfests, and other events throughout Chicago and the Midwest.

The Egerländer Dancegroup performs traditional folkdances, including polkas, waltzes, laendlers and mazurkas, all of which originated in the southeast part of Germany.
Our dancers perform in colorful festival costumes based on traditional authentic German Folkdance attire.
Our group also performs an elegant ballroom waltz program in formal black tie attire and long white formal evening gowns.

There are no upcoming events to display at this time. 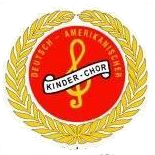